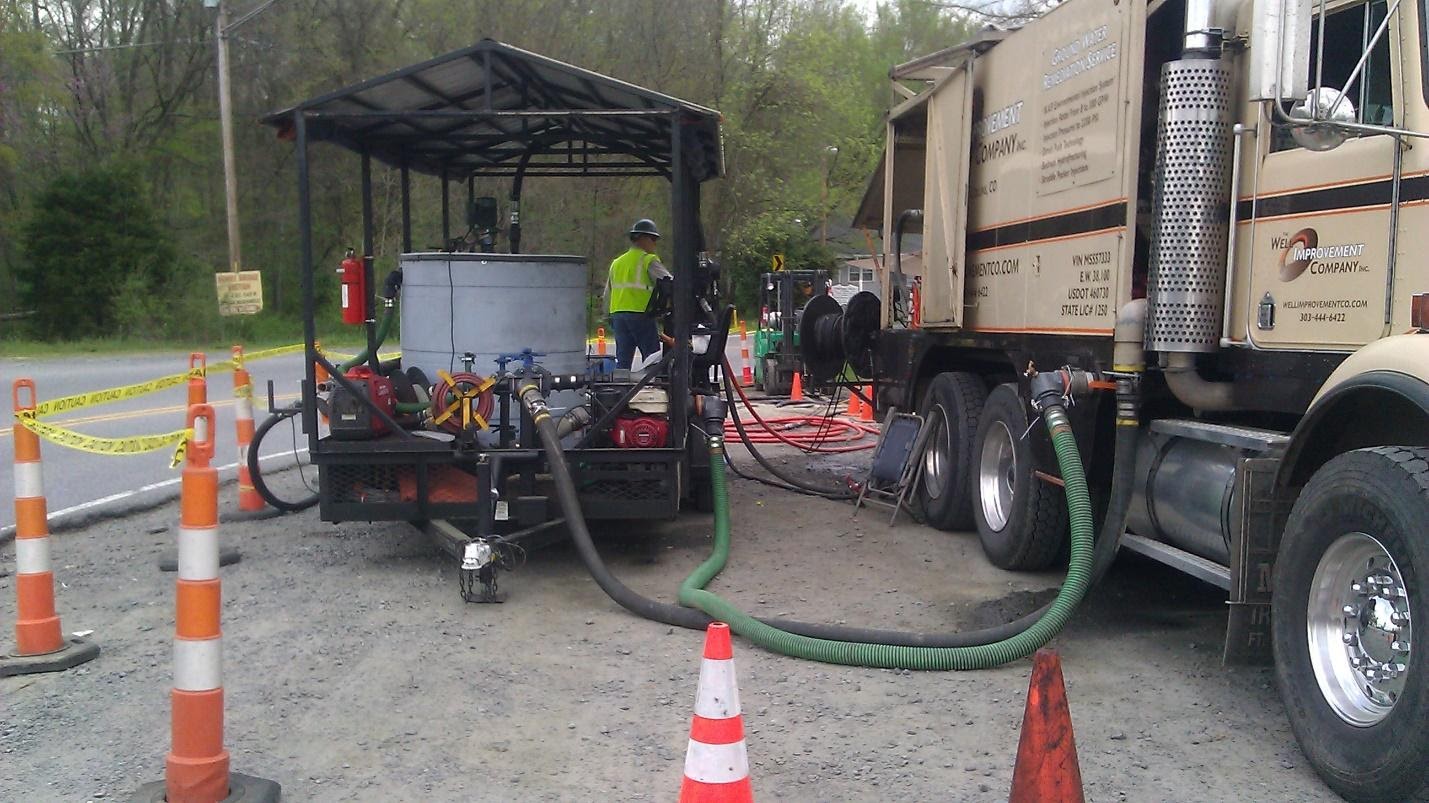 CHALLENGES
The site was formerly a general store with two 1,000 gallon USTs; the primary constituents of concern were Benzene, Toluene, Ethylbenzene, and Xylenes (BTEX). The shallow highly fractured phyllite schist bedrock is approximately 10 feet (ft) below ground surface (bgs). Groundwater is contained within the overburden and bedrock. The initial objective was to evaluate the performance of BOS 200®  injections in bedrock to achieve the North Carolina 2B x 10 groundwater cleanup goals. If successful, the application would be expanded to the overburden. Monitoring wells were screened in the overburden, bedrock, and across the overburden/bedrock interface. The conceptual model theorized that hydrocarbon mass resided at the overburden/bedrock interface and was contributing to groundwater exceedances in bedrock.

APPROACH
Adhering to the RPI Group Approach, the site required additional characterization to complete a high-density conceptual site model (HDCSM). The bedrock  characterization consisted of using a down-hole video camera to identify bedrock features such as fractures and bedding planes, performing abbreviated pump tests at each of the identified bedrock features to determine hydraulic connectivity, and performing discrete groundwater sampling at the water producing bedrock features. To investigate the overburden, five overburden soil borings were completed with oil samples collected every 2 ft to quantify the saturated soil mass contributing to groundwater impacts in the overburden, interface, and bedrock. The soil borings were converted to temporary piezometers to obtain groundwater samples and to evaluate the connection of the overburden with the bedrock during the bedrock injections. Benzene was detected as high as 9,890 μg/l. The piezometers confirmed that the overburden was contributing to the impacts identified in the bedrock monitoring wells.

SOLUTION
Once the aquifer and bedrock characterization activities were complete, the injection of the BOS 200® in discrete injection intervals was performed. Clean water injection tests were performed at the identified bedrock features prior to injection of the BOS 200®. The clean water and BOS 200® injections were completed using a truck mounted custom injection system containing a 165 HP triplex positive displacement pump that is powered by the trucks 425 HP diesel engine coupled to the truck’s 8-speed transmission and a custom straddle packer system that allows for an 18-inch discrete injection interval. Approximately six months after the bedrock injections were complete and contaminant reductions below the target thresholds were obtained, BOS 200® was injected in the overburden saturated soil and groundwater. BOS 200® and Trap & Treat® facultative bacteria were injected in 44 injection points spaced on a 5-foot triangular grid pattern. Injections were completed every two vertical feet from four to eleven ft bgs.

RESULTS
After the first injection event, the compliance bedrock well achieved cleanup standards and a 50% to 75% reduction of BTEX concentrations was demonstrated in the wells screened across the bedrock interface. After the second injection event (overburden only), the overburden injections achieved cleanup standards in all of the targeted wells. Quarterly sampling events were completed after the injections, and the results of the sampling demonstrated that the BOS 200® application achieved the cleanup goals (NC 2B X 10 freshwater standard).