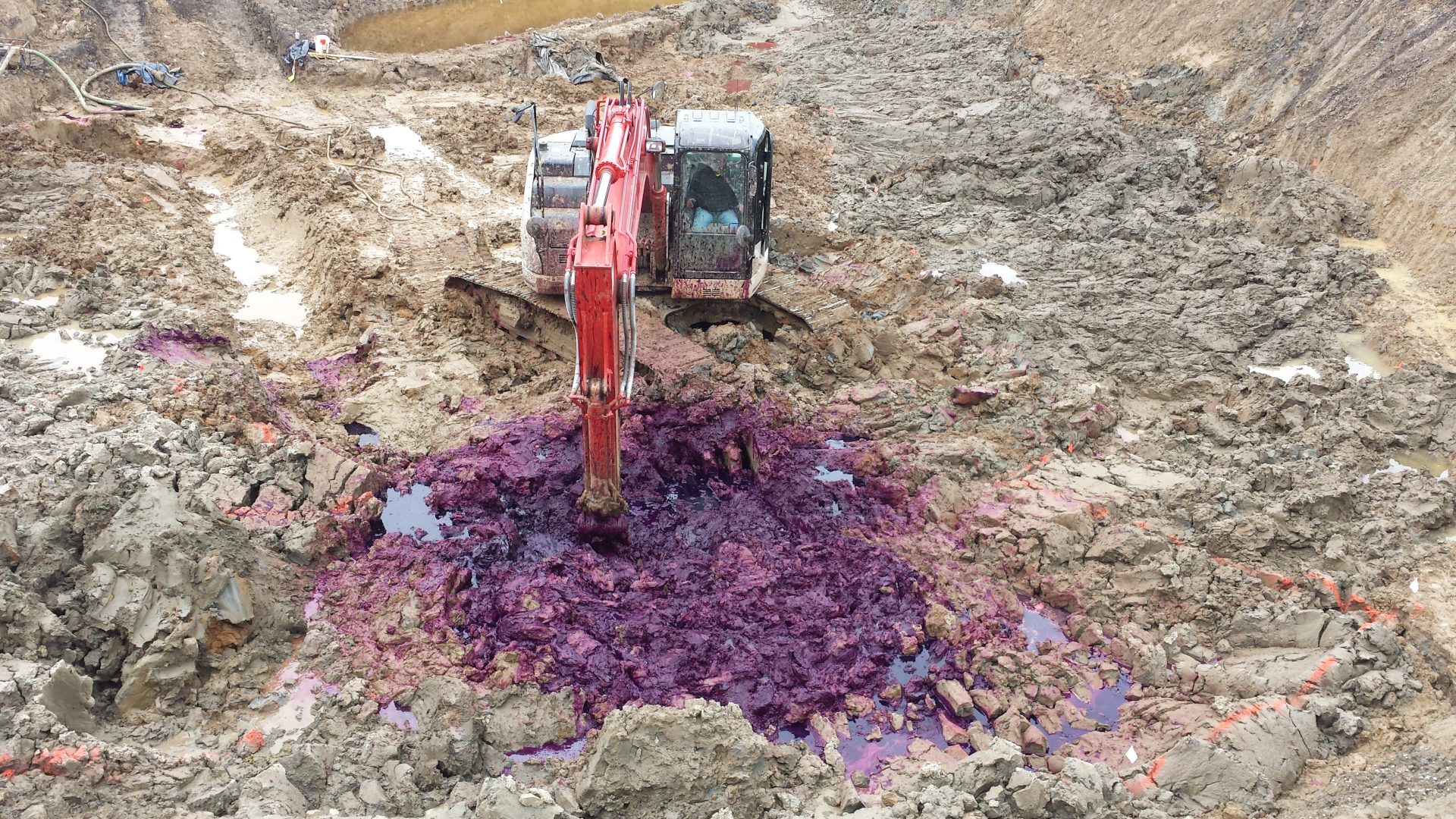 BACKGROUND
Historical industrial property that utilized chlorinated solvents for equipment maintenance from the 1950s to 1970s. Materials are suspected to have been discharged to drain pipes which allowed for the migration of the product across the area. Site is still active with existing utilities and various structures. Contamination has been confirmed in both the unsaturated and saturated zones through High Resolution Characterization activities. Contamination has been identified from depths of 8 feet (ft) to 46 ft with depth to groundwater at 15 ft. The site geology consist of interbedded sands, silts and clays associated with river sedimentation. Site remediation complexities consisted of groundwater/surface water management and weather conditions due to implementation from late September to January. TCE concentrations have been detected in Groundwater at a maximum concentration of 730 mg/L and in soils at 5,350 mg/kg.

RESULTS
Gasoline-range hydrocarbons were reduced by ~77% immediately following the initial injection. After a single sampling event spike in TPH-GRO, concentrations then dropped to a historic low (~92% drop). A second injection was conducted near MW9, dissolved concentrations of gasoline-range hydrocarbons and other VOCs remained below Method A CULs for four (4) consecutive quarters of groundwater monitoring post injection. 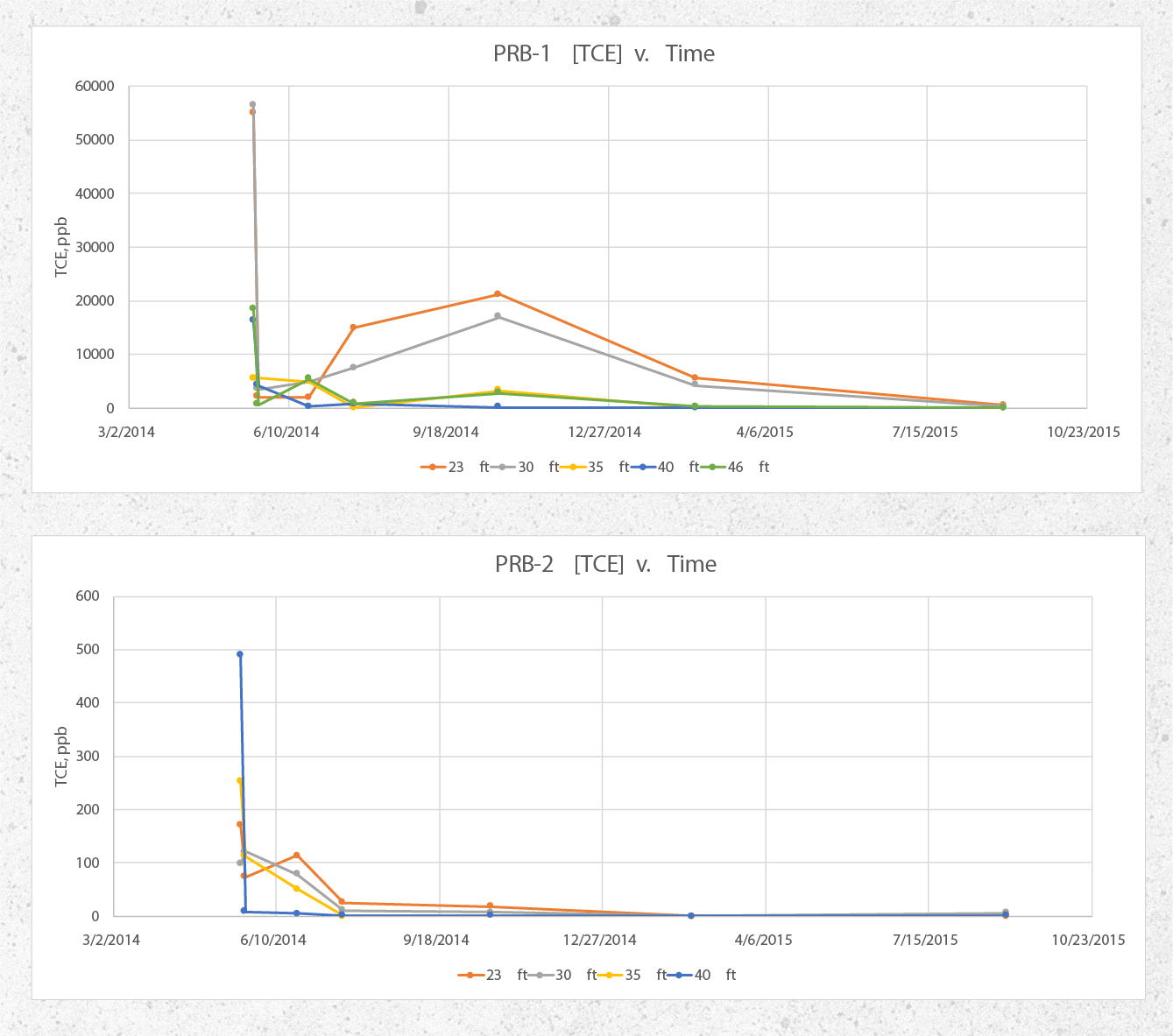 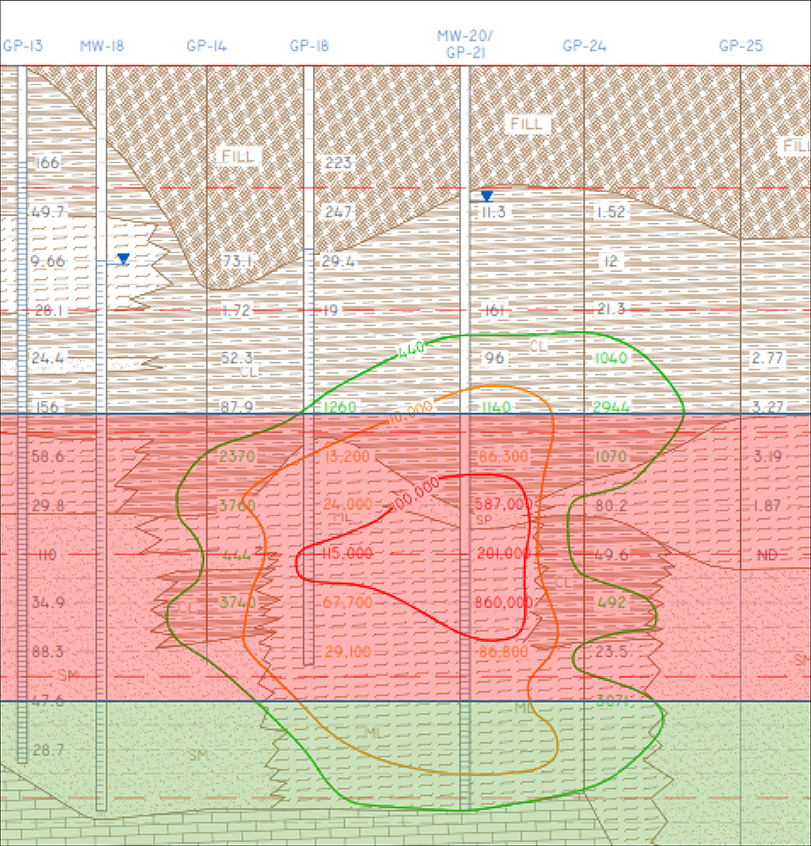 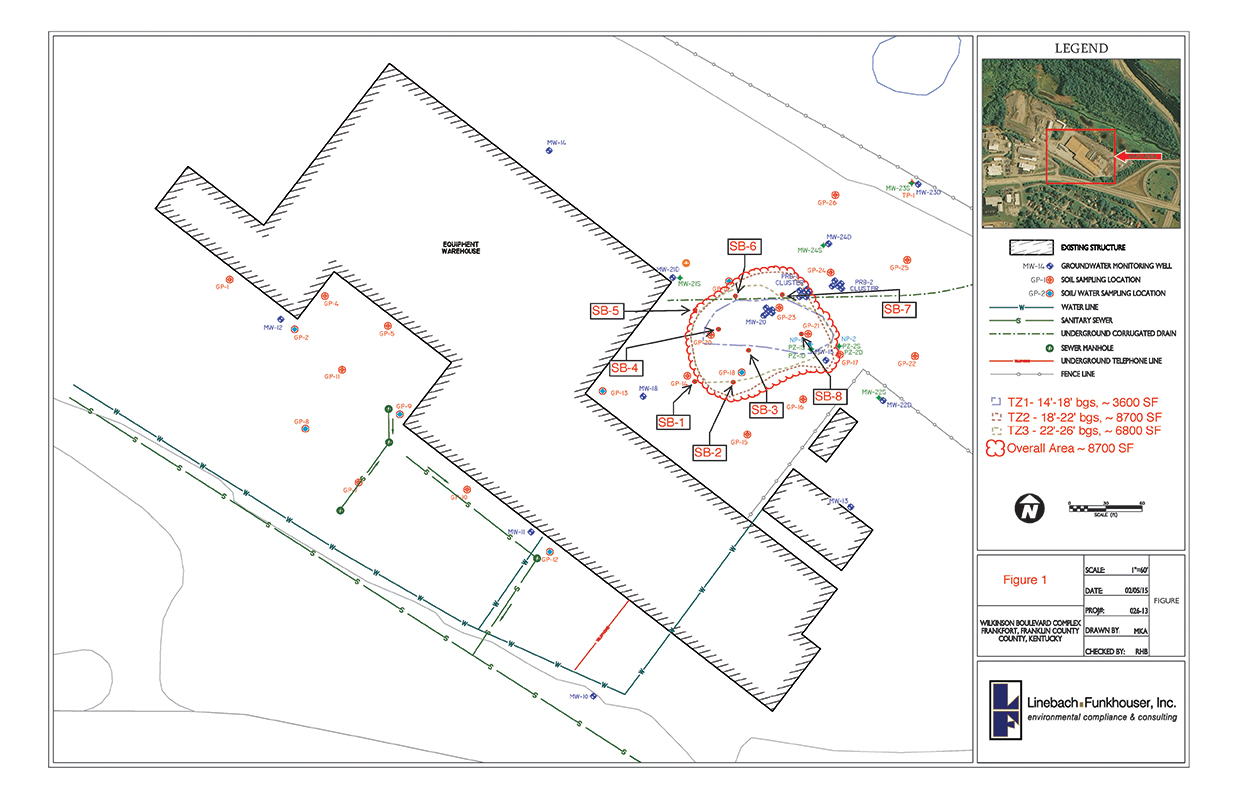