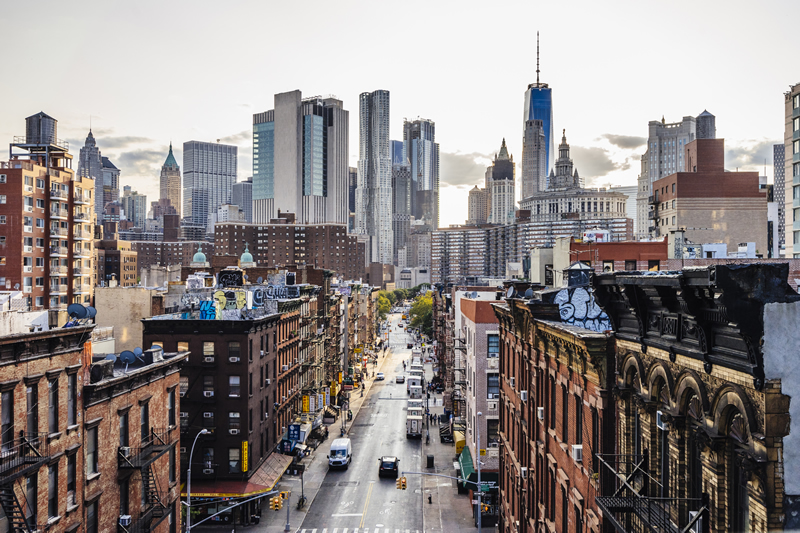 SUMMARY
Trap & Treat® BOS 200® was applied at a former retail gasoline site in NYC in 2015 after In Situ Chemical Oxidation (ISCO) was attempted at the site multiple times. A No Further Action (NFA) was issued in 2018 and the property has since been converted from a vacant lot to six story mixed commercial/residential building.

APPROACH
• Trap & Treat® BOS 200® slurry was applied within an approximate 4,000 ft2 area through 42 pre-drill injection locations (approximate 10 ft spacing). Injection flow rates of 70 to 100 gallons per minute were used over the course of the project.
• Sonic drilling was using to pre-drill each injection location to 40 ft bgs. Every location was then backfilled with hydrated bentonite. After the bentonite had cured for a minimum of 24 hours, DPT was used to advance the drill rods and injection tip to the shallowest injection intervals (ranged from 43 to 48 ft bgs). Injections proceeded in the top-down manner to the terminal depth of 60 ft bgs.

CHALLENGES & OBJECTIVES
The site was located at a busy intersection of NYC and several key monitoring wells were located in the sidewalk. Hydrocarbon mass was assumed to be present under the road; a technology was needed that could remediate the mass onsite but also manage mass from migrating back onsite from under the road.

Traditional direct push technology (DPT) could not consistently penetrate a gravel layer that extended to approximately 40 ft bgs. The RPI Group Pre-Drill technique was used to bypass the refusal zone to reach a total treated depth of 60 ft bgs.

Given the course grained lithology, the custom AST bedrock injection unit was mobilized to the site in order to provide higher flow rates/exit velocities than the standard RPI Group overburden injection units
The project objective for Toluene, Ethylbenzene, and Total Xylenes in groundwater was 5 ug/l.

RESULTS
The maximum baseline concentrations for the target contaminants were 34 ug/l, 5,710 ug/l, and 7,250 ug/l for Toluene, Ethylbenzene, and Total Xylenes respectively.

Four (4) of the five (5) monitoring wells within the treatment footprint achieved the project objective of 5 ug/l for Toluene, Ethylbenzene, and Total Xylenes within 24 months of the injection event. The fifth well achieved approximately 50% reductions for the target contaminants of concern. 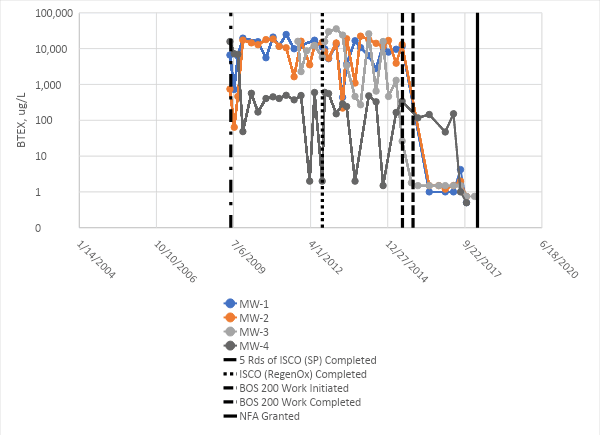