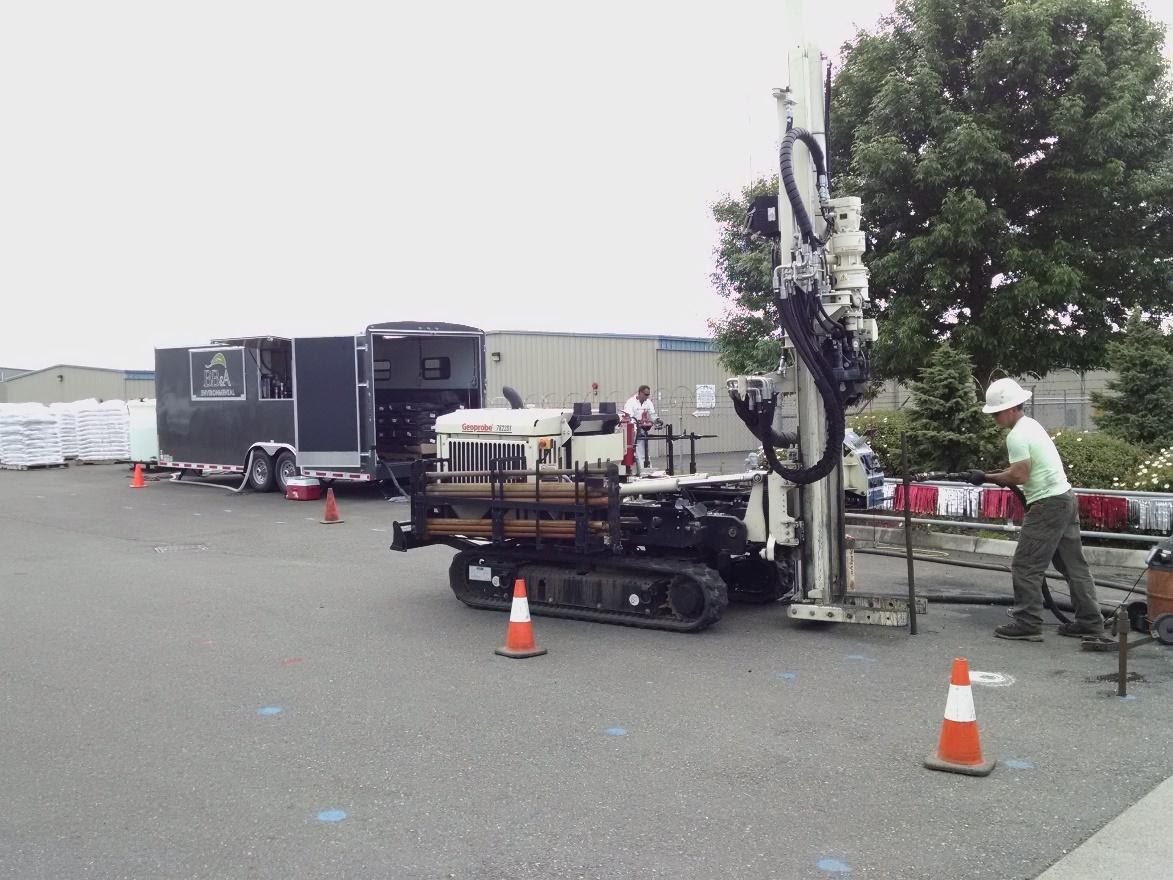 CHALLENGES
The site is a retail service station and convenience store. A release was discovered at the site in 1988 associated with the underground storage tank (UST) systems. Gasoline-range hydrocarbons were detected in soil exceeding the Model Toxic Control Act (MTCA) Method A Cleanup Levels (CULs) from nine (9) to 27 feet below land surface. Soils on site have been identified as coarse-grained sands and gravels.

APPROACH
• Based upon historical analytical data, depths between 12 and 27 feet BLS were selectively targeted for treatment.
• The selected technology for the remedial action was Trap & Treat® BOS 200®. Four (4) areas of residual impact received a total of 34 injection points on 7.5-foot triangular-grid spacing. The second round of in-situ BOS 200® injections was conducted near MW-9 on January 12, 2015. The second injection event specified an additional 10 injection points installed in the targeted area. The site met the requirements of Groundwater Model Remedies No. 5 and was issued a No Further Action in August 2017.
• 4,195 lbs BOS 200®, 2,150 lbs gypsum, 15 gallons of bacteria concentrate were

RESULTS
Gasoline-range hydrocarbons were reduced by ~77% immediately following the initial injection. After a single sampling event spike in total petroleum hydrocarbons-gasoline range organics (TPH-GRO), concentrations then dropped to a historic low (~92% drop). A second injection was conducted near MW9, dissolved concentrations of gasoline-range hydrocarbons and other volatile organic compounds (VOC) remained below Method A CULs for four (4) consecutive quarters of groundwater monitoring post-injection.